"Considered one of the most famous symbols of Danish furniture design, the CH24 is, of course, also known as the Wishbone Chair. Globally admired, its elegant, curved frame is often spotted in the world's best restaurants and hotels as well as in homes all over the world.

The Wishbone Chair was designed by Hans J. Wegner, often considered the master of Danish chair design. It has been in continuous production at Carl Hansen & Søn since 1950, coveted by each generation for its simplicity, its tactility in material and shape and its sense of timelessness. Seemingly the universal appeal of the Wishbone Chair is its ability to become part of any home, any place. The combination of beautiful wood and the hand-woven paper cord seat is a physical form of Carl Hansen & Søn's philosophy: the finest craftsmanship and tactile materials imbued with a unique story.

In the late 1940s Wegner designed a series of chairs inspired by the thrones of Chinese Emperors. The CH24 was one of these designs, although it became known as the 'Wishbone' thanks to its steam-bent 'Y' back frame, itself a Wegner creation: a back support that was comfortable yet minimal; the antithesis of the rigid, heavy backs of traditional dining chairs.

Through his studies and early exploration, Wegner had already begun establishing a reputation as a visionary, always placing the utmost importance on ergonomic design and the relationship between form and comfort. Holger Hansen, Carl Hansen's son, kept a close eye on Wegner throughout the 1940s, knowing that a collaboration with a young furniture designer would have great potential for the expansion of the business. Wegner, keen to focus both on chair design and bringing his work to a wider audience, agreed to the partnership and began to work on proposals for new designs immediately.

In his first three weeks at Carl Hansen & Søn Wegner designed five chairs; chairs that went on to become icons for the company, each an example of modern Danish design, created by employing advanced production techniques, complex woven seat constructions and organic, light-coloured woods. The CH22, CH23, CH24, CH26 and CH25 all share the same fundamental Wegner DNA, but it is the CH24, the iconic Wishbone, that became instantly and continuously popular. The CH24 also represents a deeply-rooted part of the Carl Hansen & Søn philosophy: the passion for woodwork. Wegner was a cabinetmaker first and a designer second and he had a persistent curiosity about the potential of materials and a deep respect for wood and its character. Each Wegner design, of which the Wishbone is a prime example, reflects Wegner's understanding of wood as a tactile material, its character, and its potential. His experimentation in this area allowed him to exploit the unique characteristics and properties of different woods or highlight particular craftsmanship details in decorative ways. This respect for wood is symbolic of Carl Hansen & Søn's regard for the natural and the organic, the care in the choice of materials, the responsibility to protect, sustain and understand the legacy of the trees that provide those materials.

The Wishbone chair is imbued with so much of Carl Hansen & Søn's heritage, with the brilliant talent of Hans J Wegner, and with the soul of Danish design. Its timeless form and beautiful simplicity have seen it grow in relevance and popularity over the last half century. It has a story woven through it, and is a piece to cherish for a lifetime, and pass down the generations. It is an icon." 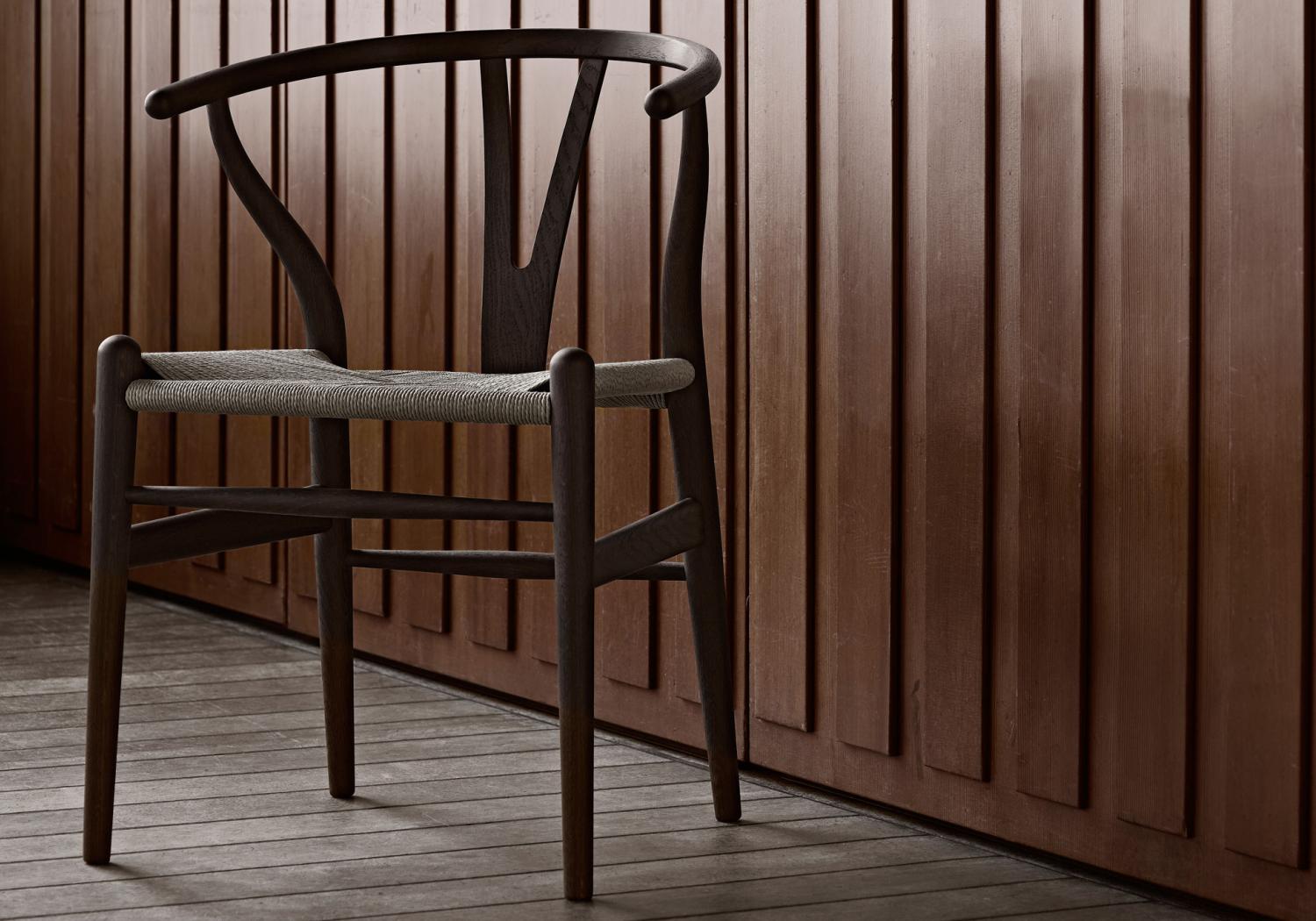